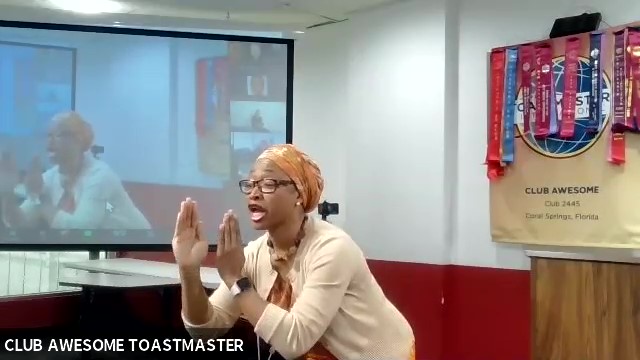 Lorraine Campbell currently serves as an active board member for the Customer Involved Government Committee with the City of Coral Springs. She has served on the board since 2005 and has been a member of The Youth Voting committee and chaired The Green Initiative Focus Group.

With a passion for public speaking, Lorraine joined Toastmasters over 10 years ago. During her tenure with Toastmasters, Lorraine has received numerous accolades on local and divisional levels. She has also been able to form successful mentorships, teaching Public Speaking and Leadership skills to students of all ages. Lorraine’s skills as a presenter brings a unique perspective to a variety of topics while making subject matters fun and easy to comprehend.

As a coach, Lorraine has been able to help countless people overcome the fear and anxiety associated with speaking in front of an audience. She obtained her DTM three years ago – and now has the honor and privilege of calling herself a Distinguish Toastmaster.