Thanks to Club Awesome Topicsmaster Liza Davis for a rousing Table Topics session today that involved paired improvisational speaking (improv) activities. One of the activities involved Lorenzo White and Marc Samet acting as twin brothers on a plane with an obnoxious sleeping passenger in the middle seat between them.

Here we see Lorenzo leaning around the passenger to have a word with his brother. 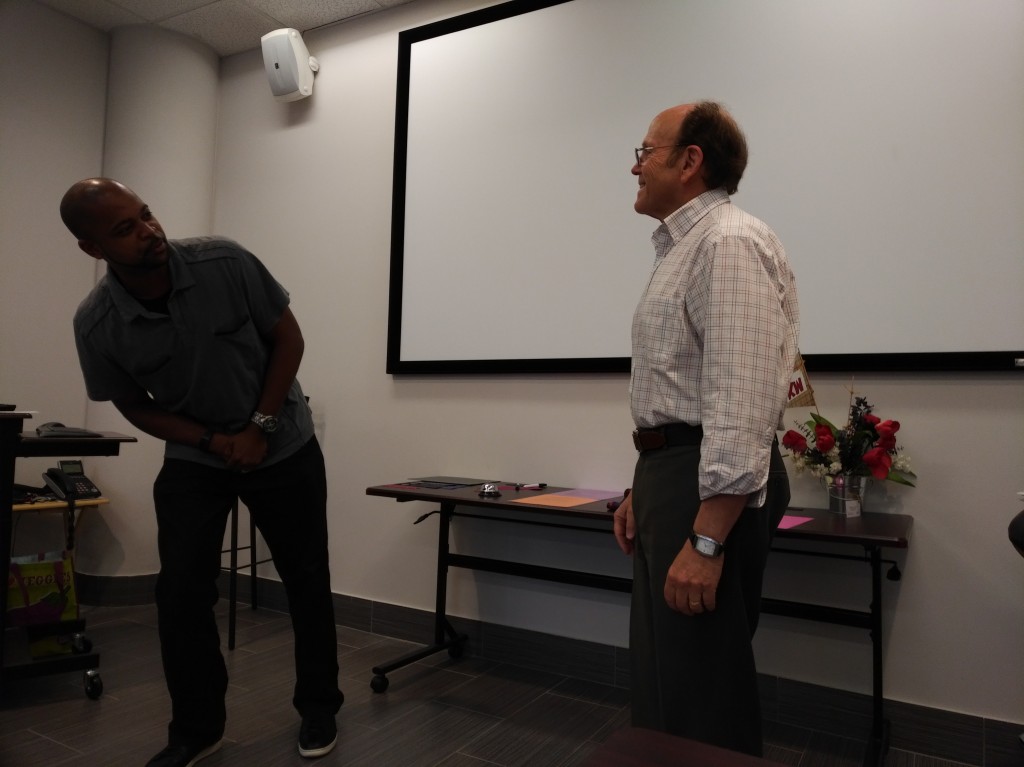 As the brothers negotiated potential ways to get out of their uncomfortable flying situation, the conversation got a bit personal. Here, Lorenzo makes a jab about Marc’s activities the night before while the two were out vacationing together. 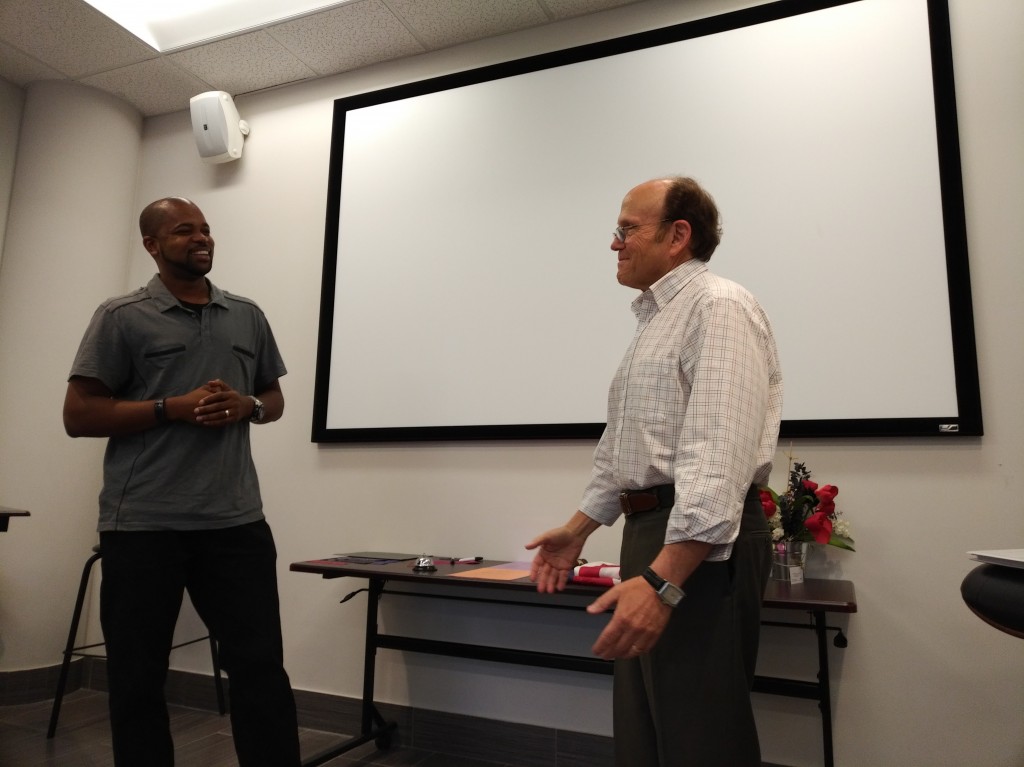 Back on May 20, 2017, members from Club Awesome and District 47 (South Florida and the Bahamas) attended our first Connect and Grow Speakers Workshop. During the event, professional comedian Casey Casperson engaged the group in learning about and practicing improvisational speaking skills. It’s awesome to see these skills put to the test as part of our weekly Table Topics session.