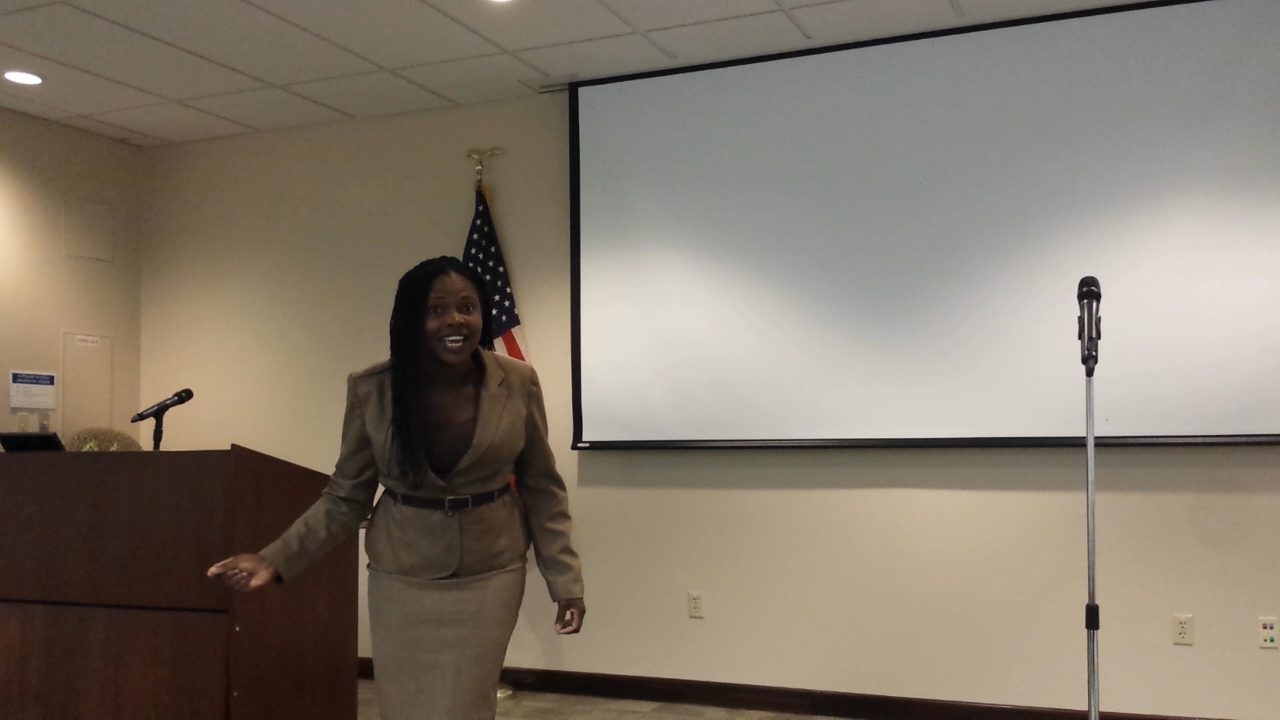 A large part of the value of Toastmasters comes from getting immediate feedback on your speeches and presentations. This is a peer-to-peer model for education and self improvement, where members work hard at learning how to teach what they have learned in the program.

Giving good evaluations is an art of its own, and Club Awesome is lucky to have as one of its members Dorrette Keen. Just this past weekend, Dorrette won an evaluations contest at an area event where our members were competing against representatives of four other clubs.

To give a great evaluation, you first need a speech to evaluate. Jay Jawitz came to the contest not as a competitor but to give the “test speech” for the evaluators to evaluate. As a benefit of playing this role, he got to hear a variety of perspectives on a single speech. “I got a lot out of my evaluations,” he says. “I learned that I could have strengthened my beginning and conclusion. I realize that I could prepare my speeches in the future a lot better.” By reviewing the video, he also got a chance to evaluate himself, finding more things he wanted to improve.

Dorrette and Jay both gave permission to share the video of their performances, so you can understand the kind of feedback you can expect in Toastmasters. The ideal is to give just the right mix of positive feedback and suggestions for improvement.

Jay’s speech was about learning to let go of the unnecessary “drama” in life.

Dorrette will be going on to the next level of competition, and if she wins again will represent our club at the level of the district (South Florida and The Bahamas). Most importantly, she gives quality evaluations on a weekly basis to new members and experienced ones at Club Awesome. We’re all better for it.